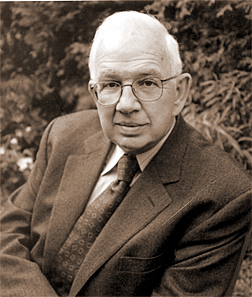 For many in the military, the name Harold Kushner rings no bells, unless they recall the best-selling book he authored in 1981, “When Bad Things Happen to Good People.” Even fewer people know that Rabbi Kushner served as an Army Chaplain. His stint as a chaplain was short, but is part of his story, the story that has made Harold Kushner who he is today.

Harold Kushner’s parents immigrated from Lithuania to the United States, a fact that Rabbi Kushner mentions as one of the ways the U.S. had been good to his family1  Harold attended the Jewish Theological Seminary in New York and graduated in 1960, becoming an ordained Rabbi.

Following graduation, according to Kushner, “We gradu­ates were expected to give two years of service before we began our careers, in some position that would oth­erwise not be able to have a rabbi: a small congrega­tion, an organization serving the less fortunate, or the military chaplaincy.”2 This Rabbi chose the military in which to do his service before becoming part of a Jewish congregation. Interestingly, Rabbi Kushner had to go to court to have his clergy exemption waived to be able to enter the Army being from an exempted profession.3 His reasoning for deciding on the military as his place of service for the next two years flowed from an appreciation for the United States. Wrote Kushner:

This country had been very good to my family, welcoming my parents when they immigrated from Lithuania, educating my brother and me, sending an army to defeat the Nazis before they could finish the destruction of European Jewry, and I felt I owed it something for that.4 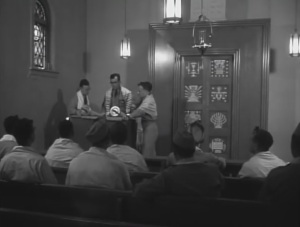 The new Chaplain Harold Kushner would have attended the Army Chaplain School at Fort Slocum in New York before taking on his duty assignment. Here, civilian clergy from the various denominations and faith groups came together to learn about how the military functions and how to transfer the education and experience they came with into ministry in the military. Each faith group would regularly gather to study and worship according to their faith tradition. Chaplain Kushner would have gathered with other Jewish students at The Chapel of the Eternal Light to worship together, as reported in a 1960’s episode of “The Big Picture” produced and distributed by the U.S. Army.

After completing the course of study at the Chaplain School, Chaplain Kushner reported for duty at Fort Sill, in Lawton, Oklahoma, where he “was chaplain to a constantly shifting population of soldiers and some fifteen Jewish families in the town.” He “was expected to conduct services, counsel troubled men in uniform, supervise a Sunday school, and in the spring, run a kosher mess hall that would serve three meals a day for the eight days of Passover.”4

Chaplain Kushner’s involvement with the Jewish community in Lawton is evidenced by a 29 June 1961 obituary in The Lawton Constitution (pg 7) which listed him as the officiating minister for Mayer Zak, who had died on Tuesday of that week and was buried in Memorial Park Cemetery.

As the solitary Jewish chaplain at Fort Sill and, in fact, in the Lawton area, the task fell on Kushner and his wife to provide the Kosher meals for the Fort Sill Jewish community during Passover. Kushner related this experience some time later:

Many people had to cooperate to make that work. My wife planned the menus, came up with the recipes (how do you translate a recipe that serves eight so that it will serve two hundred?), and supervised mess-hall cooks who were utterly unfamiliar with such concepts as keeping meat and milk utensils separate.

The quartermaster’s office was immensely helpful. Since they periodically had to order new dishes and silverware, they timed their order so they could give us brand-new utensils for the holiday and afterward put them into regular service.

Both Seder meals were attended by some two hundred GIs, some from traditional homes for whom missing a Seder would have been a serous deprivation and some only nominally Jewish who were surprised to discover how important it was for them to share a holiday meal with fellow Jews. This being the first Seder I had ever conducted, I struggled to maintain a suitable ratio between Hebrew and English and between reciting and eating.

The morning after the Seder, our kosher-for-Passover mess hall was open for three meals a day, meeting the needs of Jewish troops and the occasional non-Jewish buddy who heard how much better the food was at the Jewish mess hall.

When Passover was over, we inventoried the dishes and silver, thanked the cooks, counted up how many meals we had served, and looked back with profound satisfaction at how well everything had worked out.

I would go on to be a rabbi for another thirty years, but I would never again do anything as logistically complicated, or in many ways, as rewarding as those first Passover holidays.7 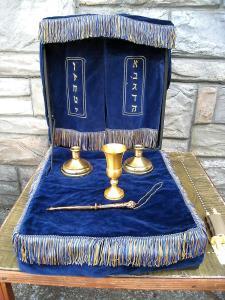 By this time in Chaplain Corps history, newly accessioned chaplains were regularly being issued a chaplain kit to assist them with providing worship for their faith group, though some still received them from their endorsers. Likely, Chaplain Kushner received his kit from the Jewish Welfare Board, since Jewish chaplains were scarce in the Army. These kits were primarily used for worship in the field and on deployments since most chapels were equipped with the necessary altarware for the worship services. Chaplain Kushner would obviously have received a Jewish Chaplain Kit which included the Torah scrolls, a yad, a kiddish cup, two candlesticks, a prayer shawl and a supply of Jewish prayer books.

The Jewish Chaplain Kit that Chaplain Kushner received was labeled on the manufacturer’s plate as “1959, Lot I” which would have made it an early issue of this type. The pieces in the kit were of the new design which continued to be used as part of the Jewish kit until the smaller, lightweight, kits used today began production in the 1990s, except the early kits used brass pieces instead of chrome. Chaplain Kushner’s was apparently a transitional kit with the early brass components, before the developers settled on the chrome components.8

Chaplain Kushner just spent two years as an Army chaplain, but undoubtedly had a great impact on the Jewish (and non-Jewish) Soldiers and Family Members whom he served. But not only was his time as a chaplain a benefit to others, but also to his own development as a Rabbi. Years later when looking back on his military experience, Rabbi Kushner wrote,

It was in many ways a good experience. I had time to study. Every Monday, I would meet for lunch with the post psychiatrist, who was a member of my congregation there. He taught me how to understand and respond to the problems the GIs brought to me on a daily basis. And as a colleague of mine put it, as a new rabbi, I got to make my rookie mistakes on congregants who did not have the power to fire me. 9 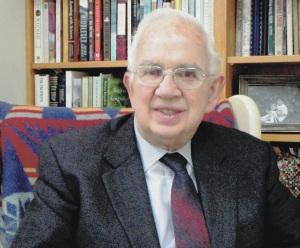 When Chaplain Kushner completed his time as a chaplain in the Army, Rabbi Kushner became an apprentice at a synagogue in Long Island for four years then in 1966 became the rabbi for Temple Israel in Natick, Massachusetts.10 It was during the Kushner’s time on Long Island when their son, Aaron, was born and diagnosed with progeria which caused his untimely death in 1977 prompting the writing of “When Bad Things Happen to Good People” which became a best-selling book, further evidence that Rabbi Kushner has continued to meet the needs of people through his ministry.

8 I am greatly indebted to Chaplain Bob Nay for information on chaplain kit development.