Chaplain William Emerson, first American chaplain in a combat action in the Revolutionary War, at the Battle of Concord. 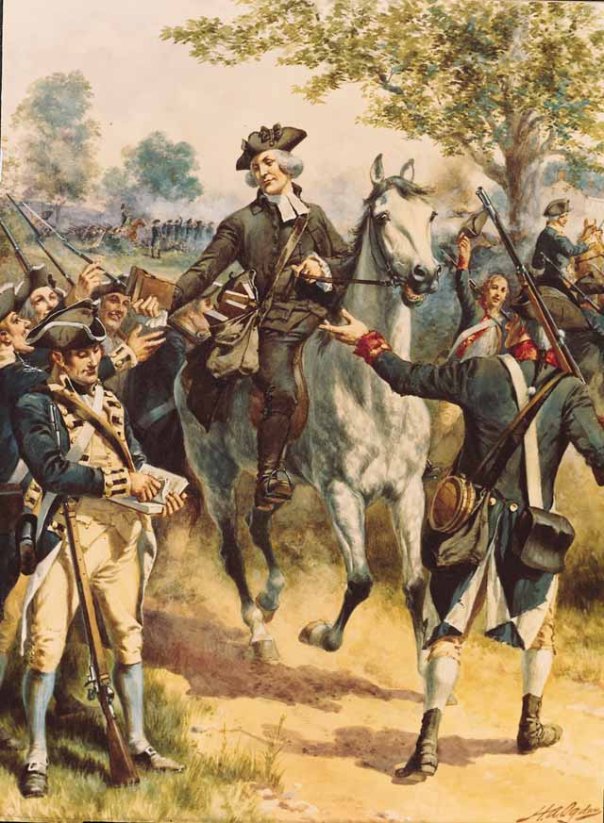 James Caldwell, a Presbyterian minister known as the “Soldier parson,” at the Battle of Springfield, waterpainting by Henry Alexander Ogden. (Photo public domain) 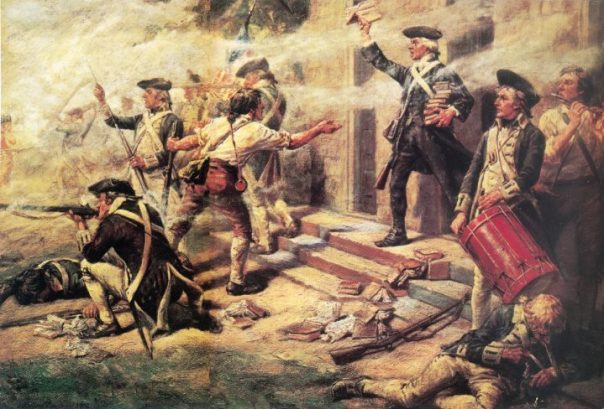 Painting by John Ward Dunsmore which depicts the moment during the Revolutionary War Battle of Springfield, June 23, 1780, when Reverend James Caldwell, Pastor & Chaplain of the American Regiment of Colonel Elias Dayton, passed out Isaac Watts Hymnals from the Presbyterian Church for use as Musket wadding. His rallying cry of “Put Watts In ‘Em, Boys !!!” has become the signature of the battle.

Joseph Powell was appointed as Chaplain in the Revolutionary War and served as a member of the Constitutional Convention of July 15, 1776. (Photo from: http://pilgrimsandpatriots.com/?p=318)

“A Prayer of Thanksgiving” by Don Troiani. Chaplain John Gano, New York Brigade, days after the end of the Revolutionary War (prints available at http://www.historicalartprints.com/)