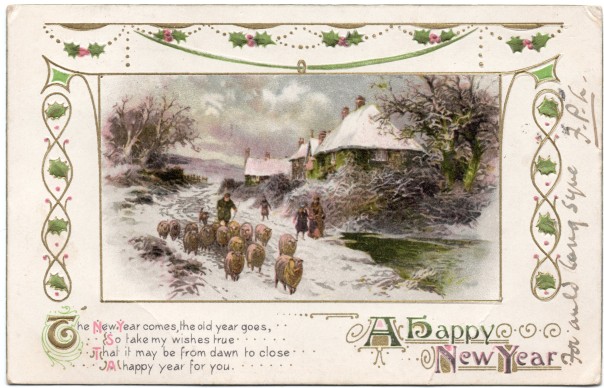 A postal cover sent from a U.S. chaplain in France in December 1918 to then Archbishop of New York, the Right Reverend Patrick J. Hayes (author’s collection).

Postcard written by Chaplain (1LT) Charles F. Pegrem from Camp Edwards, to a friend, Rev. Charles Houser, inviting him to visit Camp Edwards and to arrive in time for Mess at the Dining Facility, 1942 (author’s collection). 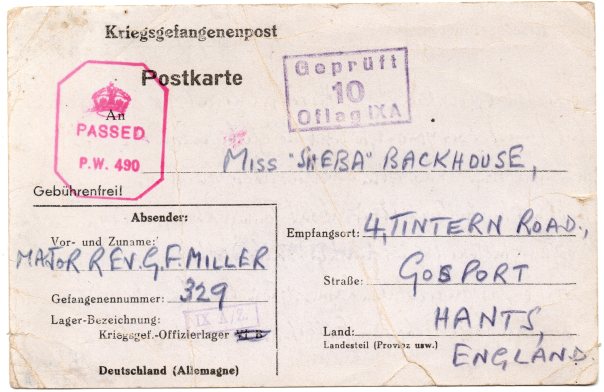 Address side of a postcard sent from a British chaplain in a German POW Camp to a friend in England, dated 7 November 1942 (author’s collection).

Reverse side of a postcard sent from a British chaplain in a German POW Camp to a friend in England, dated 7 November 1942 (author’s collection). 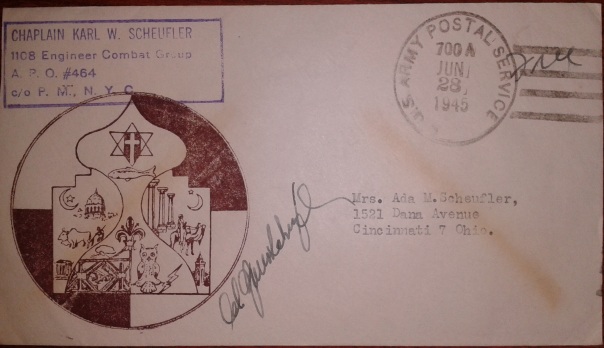 An interesting postal cover with artwork by Chaplain Karl Scheufler, also signed by him. (Author’s collection) 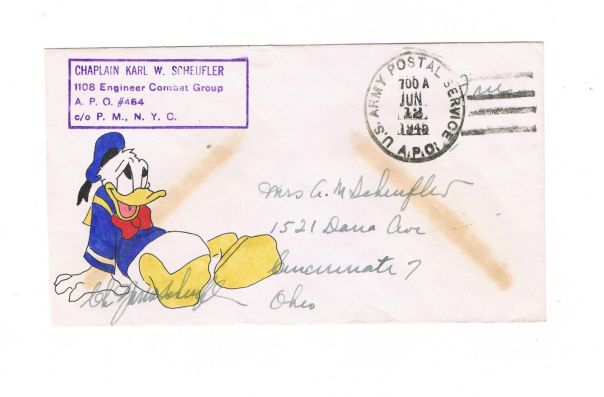 Another interesting postal cover drawn by Chaplain Scheufler. This one looks like a Coat of Arms of sorts, perhaps it details his progression through the war. The 1st of the five books was a famous Italian novel. The image on the top left has elements of the unit insignia for the 355th AAA Bn, for which Chaplain Scheufler was the BN chaplain. The item making the heart is a WW2 chaplain’s stole (courtesy Doug Sandquist). 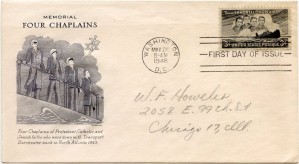 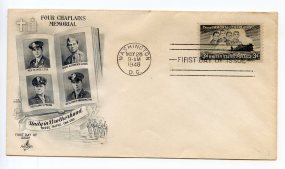 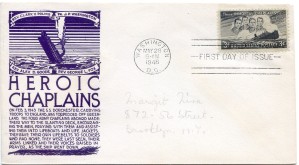 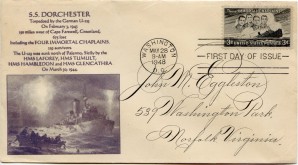 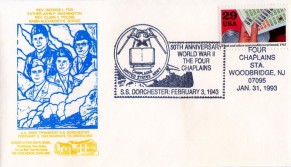 First Day Covers (except last two) commemorating the Four Chaplains who aided others and gave up their lives when the USAT Dorchester was sunk 3 February 1943 by a German Submarine in the Northern Atlantic, 28 May 1948. The last cover is from the 50th anniversary of the sinking of the Dorchester  (author’s collection) 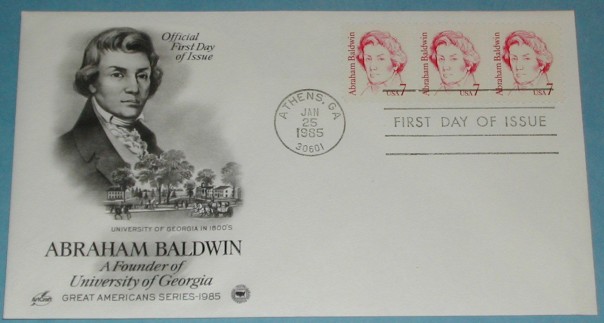 FDC commemorating Abraham Baldwin, founder of University of Georgia, but Baldwin was also a chaplain during the Revolutionary War, 25 January 1985 (author’s collection). 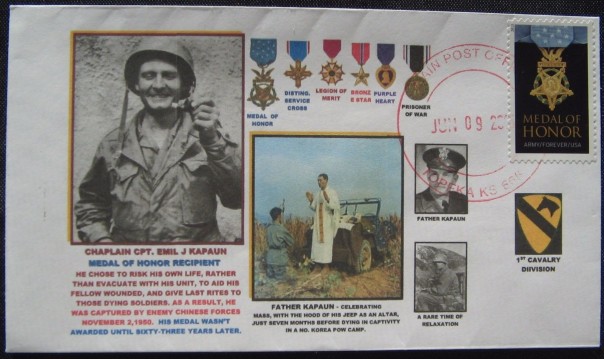