This historic Army video shows some of the varied tasks the Chaplain Assistant use to do (it begins at 11:26 on the video):

History of the Chaplain Assistant1

As early as 1866, the Army decided that a Soldier found competent to teach common school subjects should be detailed to do so under the auspices of a local chaplain who often served as the schoolmaster. That meant that the assistant cared for the chaplain’s official property, acted as his clerk and helped with the educational, religious and entertainment programs.

The official Military Occupation Specialty (MOS) of chaplain assistant was established by General Orders No. 253, War Department, Washington, D.C., on 28 December 1909, paragraph 1, which read, “One enlisted man will be detailed on special duty, by the commanding officer of any organization to which a chaplain is assigned for duty, for the purpose of assisting the chaplain in the performance of his official duties.” Although high moral character was required, there were no other prerequisites or generally recognized criteria for performance.

In 1927 and again in 1933, the chaplain corps made overtures to the Secretary of War to provide a small corps of specialized enlisted assistants. This effort was unsuccessful. The job continued to have no vocational integrity until after World War II.

1950s: The Korean War saw the development of the MOS 7lB (the same career field as administrative aides). After almost one hundred years of vague existence, there was a job for the chaplain assistants. Training began at Fort Dix and Fort Ord with a four-week course. All trainees were volunteers who had successfully completed the nine weeks of basic combat training and nine weeks of clerk typist AIT.

1965: In August, after a major rewrite of the MOS classification system, chaplain assistants are redesignated 71M, given a job description and specific skill requirements. The maximum pay grade for a chaplain assistant is now E-7.  The next year the chaplain assistant schools were merged into the US Army Chaplain Center and School (USACHCS) at Fort Hamilton.

During 1972, the 71M was implemented into the Non Commissioned Officer Education System (NCOES) and was accorded the same degree of professionalism as other enlisted specialties.

1974: The unit ministry team concept is developed, in which chaplain assistants are given more responsibilities regarding religious support. 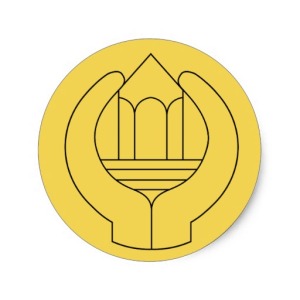 In April 1983, Sergeant Major Charles J. Durr, the senior non-commissioned officer at the Chief of Chaplains Office, completed a project to gain approval for new Chapel Activity Specialist insignia. Sergeant Major Durr had been staffing the project for two years. The insignia, a chapel supported by two open hands, was approved for production by Chief of Chaplains, Chaplain (Maj. Gen.) Patrick John Hessian in April 1983.

1985: Chaplain assistants receive their own branch insignia, a stylized set of hands surrounding a chapel with open doors.

2001: In October, the Army redesignates chaplain assistants as 56M, a stand-alone MOS in its own career management field – religious support. They team up with chaplains around the world to provide religious support to Soldiers and Families across the full spectrum of military operations.

Today: The 56M MOS has grown in capabilities to include adopting additional skill identifiers in battle staff operations as well as emergency medical ministry care. The CMF continues to grow in its capabilities further pursuing areas like religious support ministry and family life ministry. As the Chaplain Corps adapts to meet the changing mission needs of the Army so will the 56M CMF continue to grow in capabilities to meet those mission requirements for the good of the Army.

Chaplain assistants provide much-needed support to the chaplains during missions and everyday activities. A chaplain assistant’s primary purpose is support for the unit ministry team programs and worship services.

Those who want to serve must first take the Armed Services Vocational Aptitude Battery, a series of tests that helps you better understand your strengths and identify which Army jobs are best for you.

Some of the skills you’ll learn are:

1 Text and photos from the U.S. Army Chaplain Corps Facebook page and the Army.mil article, “100 Years of the Chaplain Assistant: A Centennial Celebration 1909 – 2009.”