“Ebony Eyes” Words and music by John D. Loudermilk. Performed by The Everly Brothers (1961). The chaplain is mentioned as both giving permission for a Soldier’s fiance to come to post so that they can get married, and then is present near the airfield when word arrives that the plane she was coming in on has crashed.

“Four Chaplains” Words and music by R. Alfred and W. Gold (1960). Performed by Fred Neil and released as a single. Also appearing on the album, Trav’lin Man: The Early Singles (2008). This is a ballad about the four World War Two chaplains who gave up their lives as they gave away their life jackets to other Soldiers after the USS Dorchester, which they were being transported on, was attacked by a German submarine (digitalized from a “Radio Station Copy,” author’s collection).

“Praise the Lord and Pass the Ammunition” Words and music by Frank Loesser (1942).The performance by Kay Kyser and his orchestra in 1943 is said to have reached number 1 on the charts. Inspired by the words and actions of Howell Forgy who was on the USS New Orleans when the Japanese attacked Pearl Harbor, the song describes a chaplain nicknamed “Sky Pilot” who is asked to say a prayer but instead puts down his Bible and mans one of the ships guns.

“Praise the Lord and Pass the Ammunition” was also released as sheet music in 1942, which stated the chaplain who took the gun was Chaplain William Maguire instead of Chaplain Howell Forgy, as some accounts say (author’s collection): 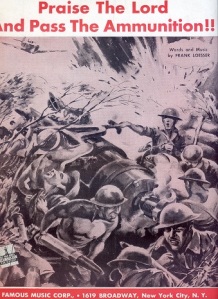 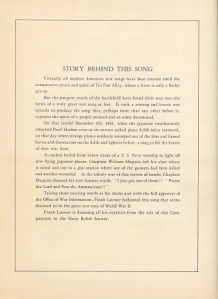 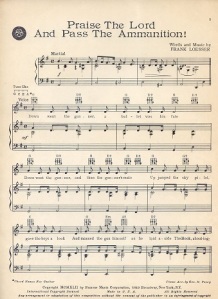 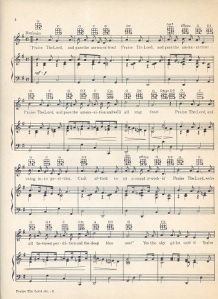 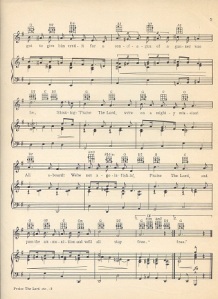 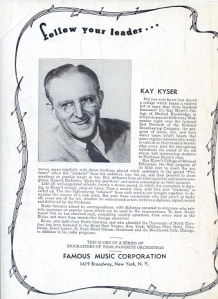 “Soldiers of God” Written by Benjamin Machan and Hy Zaret (1944). The official U.S. Army Chaplain Corps march. The first public performance of Soldiers of God was by Bing Crosby on Easter in 1944.

“Soldiers of God” appeared in other places as well, like the Army Hit Kit in January 1944 (author’s collection): 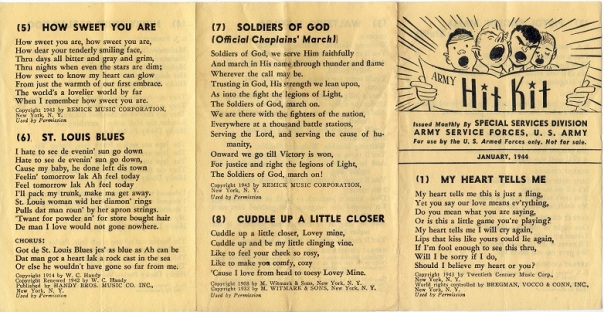 “Sky Pilot” Written by Barrie Ernest Jenkins, Barry Jenkins, Danny Mcculloch, Eric Victor Burdon, Johnny Weider, Vic Briggs and performed by the Animals in 1968, not just as an anti-Vietnam song but anti-war in general. The lyrics speak of the “sky pilot” (chaplain) who blesses, encourages and prays for the soldiers going into combat and concludes with “A soldier so ill looks at the sky pilot, Remembers the words, Thou shalt not kill.”

“We Are With You Chaplain Jim” words and music by Margery Beyer Zeigler. “Dedicated to my Husband, Chaplain James N. Zeigler (Minister of the Community Baptist Church, Norwalk, Connecticut, U.S.A.) and the Boys of the 355th Fighter Group Somewhere Over There (Copyright Aug, 18, 1943. No.. 344128)” 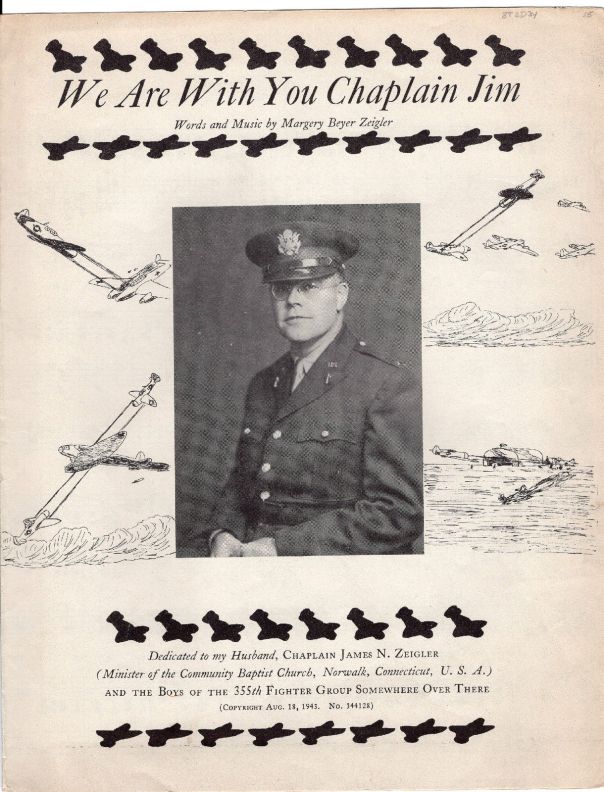