Remembering Chaplain Downey on the Anniversary of Bombing of Hiroshima & Nagasaki 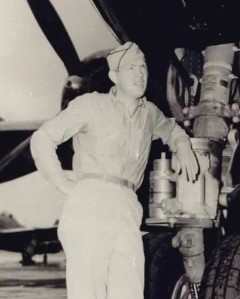 Many chaplains find themselves in the middle of history in the making, some of them making that history. Army Air Corps  Chaplain William B. Downey, of the 509th Composite Bomb Group, was there when history was being made. According to Downey in a 1987 interview, “one of the security officers told me a little time before, there was going to be a really fantastic new thing, only one of the greatest things that ever happened in the history of the world.”1 In the midst of this “greatest thing,” Chaplain Downey was there bringing God to the crews of the Enola Gay and Bockscar who would drop the atom bombs on Hiroshima and Nagasaki on 6 and 9 August 1945.