← Not COVID-19, but Combat, Disrupted Worship Services in Vietnam
It Could Be Worse… (Part 2) →

It Could Be Worse…

The caption to this U.S. Army photograph dated 31 January 1955 reads:

Time Out for Worship at Camp

Using a Jeep as improvised altar, Chaplain (Maj.) Joseph M. Mollner, chaplain of the 53d Infantry, celebrates Roman Catholic mass during Exercise Snowbird. Troops of the 53d have established base camp near Caswell, Alaska, and they will act as ‘aggressor’ forces during second phase of the maneuvers. 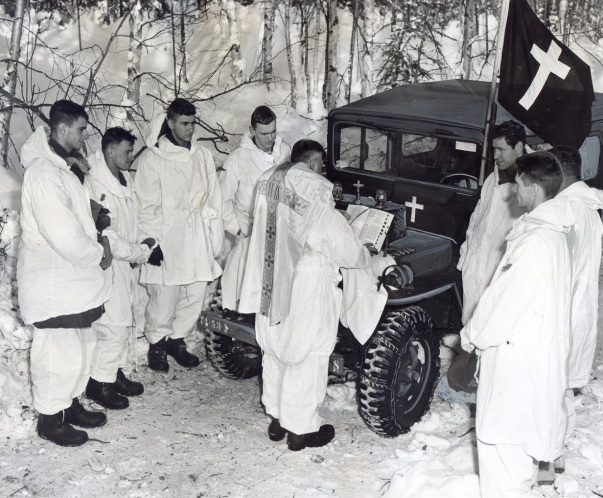 ← Not COVID-19, but Combat, Disrupted Worship Services in Vietnam
It Could Be Worse… (Part 2) →