I Walked to the Gallows With the Nazi Chiefs

Five years after he was a chaplain at the Nuremberg Trials, Henry Gerecke told his story to the readers of the Saturday Evening Post. It was a story of hope, redemption and evil.

I Walked to the Gallows With the Nazi Chiefs

As told to Merle Sinclair

[as it appeared in The Saturday Evening Post, September 1, 1951]

It was the duty of the Chaplain of Nuremberg Prison to offer Christian comfort to Hitler’s gang. Now, after five years under a bond of silence, he tells how they repented before the hangman’s trap fell. 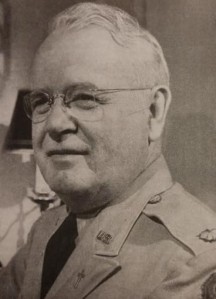 “Chaplain Gerecke. The Nazi prisoners wrote to his wife, asking her to urge him to stay in Nuremberg” (photo by Ralph Boyle).

It is five years since I served my stretch in Nuremberg prison–as chief chaplain during the trials of the Nazi leaders by the International Military Tribunal and spiritual adviser to the fifteen Protestant defendants. My assistant, Catholic Chaplain Sixtus O’Conner, and I spent eleven months with the perpetrators of World War II. We were the last to counsel with these men, and made ten trips to the execution chamber. The world has never heard our story.

When, some years ago, I asked the United States Army for the necessary permission to share this experience with my fellow Americans, I was asked to wait. I believe the public’s reaction to the trials was responsible. Consequently, my reminiscences have been confined to two reports, both written previously and read only by fellow chaplains and certain young fold of my Lutheran faith.

However, I believe that the story, told now, will help to stress the lessons we should have learned from the careers and downfall of Hitler’s elect, at a time when we need such lessons worse than ever.