“Although a small branch, the chaplaincy firmly established itself in the 1920s. The Chaplain School, which had been deactivated after the war, was re-established in 1920. Chaplain training became a prime factor in the professionalization of the branch. Since seminaries transformed individuals into clergy, it was up to the Army to take these civilian professionals and turn them into Army professionals. In 1919, a board recommended establishing a permanent school to conduct a basic course to train newly commissioned chaplains to minister to soldiers of denominations other than their own. The course would also prepare them to be army officers, teaching them Army regulations and customs.

“On 15 May 1920, the Chaplain School opened at Camp Grant, Illinois with a staff of 15 and a student body of 15. The 21 subject curriculum included physical training and map reading.”1 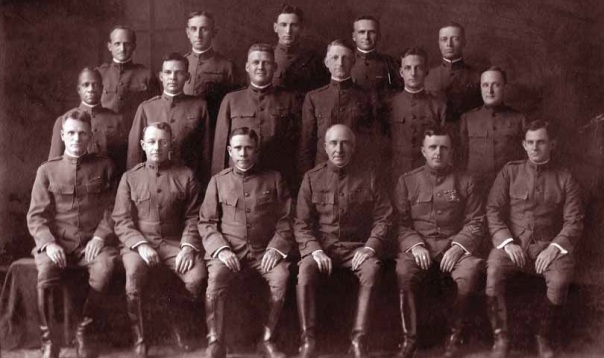 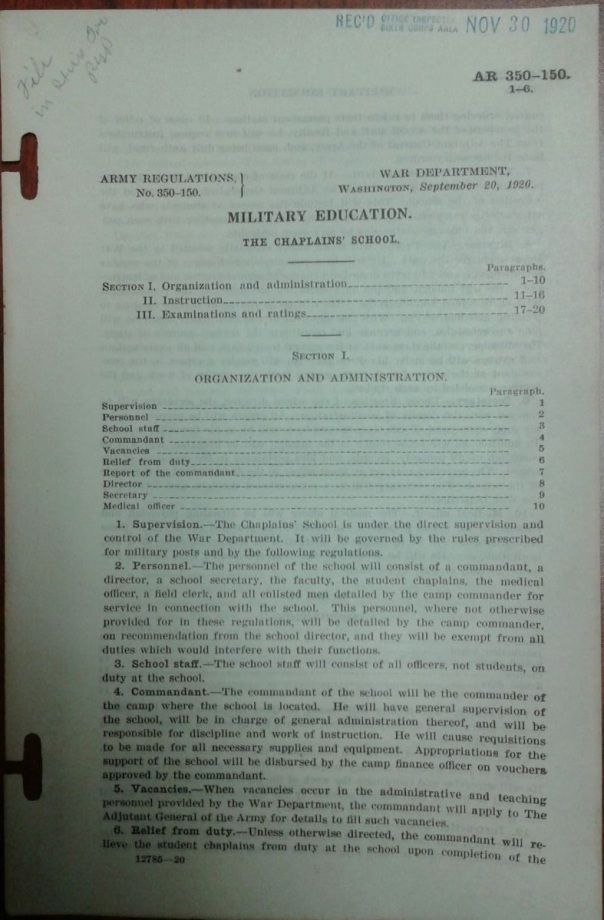