“Whenever chaplains serve in combat zones, it doesn’t take long before chapels start to dot the landscape. During the war in Vietnam, the number of chapels in use throughout that war-torn land reached its peak in November 1970, when there we…re 203 permanent or semi-permanent U.S. Army chapels serving the needs of deployed Soldiers.

“The U.S. Army—Vietnam construction program included chapels as number 38 in a list of 46 priorities, so most chaplains constructed their own facilities with voluntary labor and contributions. Chaplains serving in more secure areas built chapels that in many ways rivaled houses of worship at stateside posts: they contained electric organs, air conditioning, stained glass windows, and roofs that didn’t leak—even in the monsoon season. In more austere areas, chapels often consisted of nothing more than canvas, sandbags, and rough wooden benches.

“As the drawdown of American forces in Vietnam began, chapels were dismantled, abandoned, or transferred to the Chaplain Directorates of South Vietnam’s Armed Forces. In November 1971 there were 150 active chapels. Shortly before the final withdrawal of American forces in early 1973, only 16 chapels remained. The last Army chaplain to serve in Vietnam, CH (COL) Emil F. Kapusta, departed Southeast Asia on March 28, 1973.” (From https://www.facebook.com/ArmyChaplainCorps?ref=br_tf) 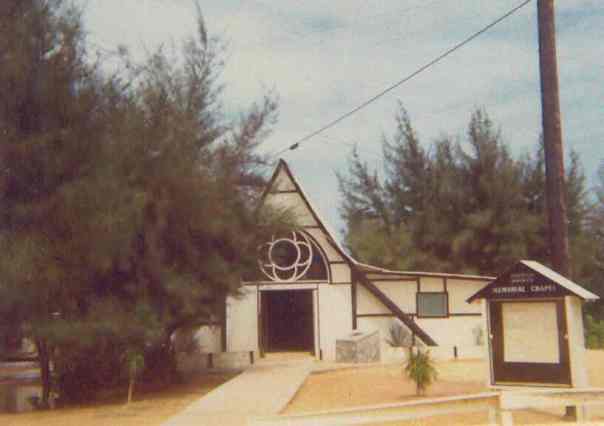 Army Chapel somewhere in Vietnam where Chaplain Wes Geary of the 18th and 28th IN, 1st ID, led worship services, 1966-1967. (Photo and information from http://firstdivisionmuseum.org/faces/index.html)